When our code is running slowly or takes a long time to complete, it is necessary to measure the time spent by various code operations such as validations, database calls, external API requests, and so on.

This article’s main focus will be on using a stopwatch to track the amount of time that has passed in C#.NET Core code so that we can calculate how long each action of the code will take.

The System.Diagnostic namespace contains the Stopwatch class, which may be used to accurately quantify how long code operations take to execute.

This Stopwatch class is essentially a simulation or implementation of a stopwatch.

The Stopwatch class has methods and attributes useful for precise measurement for every logical block in the code.

Here is the code for the console program that shows how to use a stopwatch to measure the duration of time.

In C#.NET, you must call the start method on the stopwatch class at the point from which you want to begin timing the passage of time, such as the start of a method, a network call, or a database save. Once you reach the part of the code where you wish to stop keeping track of time, you must then use the stop method. After that, you can use the elapsed property to see how much time has passed between the calls to start and stop.

The output seen in the console window after running the aforementioned code is as follows. 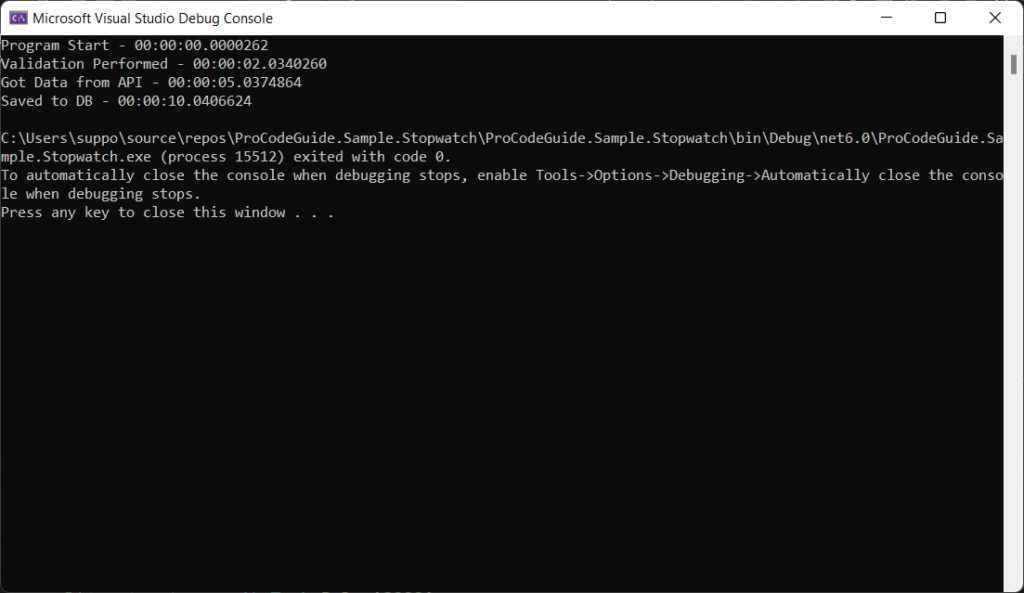 You may also utilize the ElapsedMilliseconds or ElapsedTicks properties, which return the elapsed time as Milliseconds or Ticks, respectively, instead of the stopwatch’s Elapsed property, which returns a TimeSpan.You can pass the TimeSpan instance to another method or class that requires one as well as format the TimeSpan instance into a text format for printing or logging.

Using the code below, you may format elapsed time as Hours, Minutes, and Seconds.

The format string was used in the following code to format the elapsed time in hh, mm, and ss format. This style is excellent for tasks that take a long time to complete. 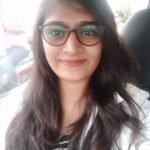