The process of removing data redundancy and improving data integrity in a table is known as normalization. It is a multi-step process that converts data from relational tables into the tabular format and removes duplicate data.

Let’s understand the types of Normal forms with the help of examples.

If a table’s atomicity is 1, it is said to be in its First Normal Form.

Atomicity means a  single cell cannot hold multiple values.  It can only have one attribute with a single value.

The First normal form not allowed the multi-valued attribute, composite attribute, and their combinations.

Let’s understand with the help of an example.

The PhoneNumber column in the table contains two values. As a result, it does not follow the First Normal Form.

By applying the First Normal Form, you achieve atomicity, and also every column has unique values as shown below the result table.

Learn about Candidate Key and Super Key before moving on to the Second Normal Form.

A candidate key is a collection of one or more columns that can be used to uniquely identify a record in a table, and YOU can use each candidate key as a Primary Key.

The Super Key is a collection of more than one key that can uniquely identify a record in a table, and the Primary Key is a subset of the Super Key.

The first requirement for the table to be in Second Normal Form is that it be in First Normal Form. There should be no partial dependencies in the table.

What is Partial Dependency

If the proper subset of the candidate key determines non-prime attributes (attributes that are not part of any candidate key), it is called partial dependency.

Let’s Understand the  2nd NF with the help of an example.

To convert this table to Second Normal Form, we must divide it into two parts. This yields the following tables.

As you can see, we have removed the initial partial functional dependency. Now, in the table, the column Office Location is completely dependent on the table’s primary key, which is Department ID.

Transitive dependency is a functional dependency in which X → Z (X determines Z) indirectly, through X → Y and Y → Z(where Y → X does not exist).

Let’s Understand this with the help of an example.

As a result, Student ID determines Subject through Subject ID. This implies a transitive functional dependency, and the structure does not satisfy the third normal form.

To achieve the third normal form, we must divide the table as shown below:

As shown in the preceding tables, all non-key attributes are now fully functional and reliant solely on the primary key. Columns Student Name, Subject ID, and Address in the first table are only dependent on Student ID. The subject is only dependent on the Subject ID in the second table.

It is the improved version of 3NF and was created by Raymond F. Boyce and Edgar F. Codd to address certain types of anomalies that 3NF did not address.

The table must satisfy the 3rd Normal Form before proceeding to BCNF.

Every Right-Hand Side (RHS) attribute of the functional dependencies should be dependent on the table’s super key.

In BCNF, if every functional dependency A → B, then A must be the table’s Super Key.

Let’s Understand this with the help of an example.

The following conditions apply to the subject table:

Except for BCNF, all of the normal forms are satisfied in this table.?

As you can see, the primary key consists of Student ID and Subject, indicating that the Subject column is a primary attribute. But there is one more requirement, Professor Subject.

To satisfy the BCNF, we will divide the table into two sections. One table will contain the already existing column Student ID as well as the newly created column Professor ID.

The second table contains the columns Professor ID, subject, and professor, which satisfy the BCNF.

We have satisfied the Boyce Codd Normal Form. 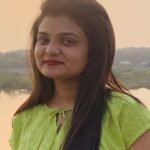