What is the Difference between useEffect and useLayoutEffect in React-JS ? 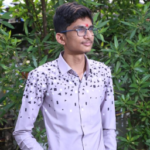 Forums › React › What is the Difference between useEffect and useLayoutEffect in React-JS ? 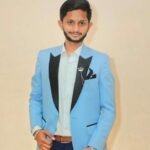 99% of the time this is what you want to use. When hooks are stable and if you refactor any of your class components to use hooks, you’ll likely move any code from componentDidMount, componentDidUpdate, and componentWillUnmount to useEffect.

The one catch is that this runs after react renders your component and ensures that your effect callback does not block browser painting. This differs from the behavior in class components were componentDidMount and componentDidUpdate run synchronously after rendering. It’s more performant this way and most of the time this is what you want.

However, if your effect is mutating the DOM (via a DOM node ref) and the DOM mutation will change the appearance of the DOM node between the time that it is rendered and your effect mutates it, then you don’t want to use useEffect. You’ll want to use useLayoutEffect. Otherwise, the user could see a flicker when your DOM mutations take effect. This is pretty much the only time you want to avoid useEffect and use useLayoutEffect instead.

This runs synchronously immediately after React has performed all DOM mutations. This can be useful if you need to make DOM measurements (like getting the scroll position or other styles for an element) and then make DOM mutations or trigger a synchronous re-render by updating the state.

As far as scheduling, this works the same way as componentDidMount and componentDidUpdate. Your code runs immediately after the DOM has been updated, but before the browser has had a chance to “paint” those changes (the user doesn’t actually see the updates until after the browser has repainted).

One other situation you might want to use useLayoutEffect instead of useEffect is if you’re updating a value (like a ref) and you want to make sure it’s up-to-date before any other code runs. For example:

So in situations like that, the solution is useLayoutEffect.

It’s all about defaults. The default behavior is to let the browser re-paint based on DOM updates before React runs your code. This means your code won’t block the browser and the user sees updates to the DOM sooner. So stick with useEffect most of the time.