Today we are learning the angular important part that is the interceptor,

Without the backend server that presents data on the UI, an application is incomplete. On the internet, there are several backend servers. The majority of applications employ JSON and XML servers to complete their responsibilities. The API is used to communicate between components and methods on the backend. This communication is built on two key concepts: authorization and authentication.

Interceptors are another important component of Angular development. They are used to alter HTTP requests by including various functions.

Authentication determines an application’s security level. To ensure a successful connection, an authentication check is performed on the user’s identity.

Authorization, on the other hand, is a notion used to determine a user’s authority.

In Angular, interceptors are a terrific method to change your code and make it more readable.

What exactly is an Angular HTTP Interceptor?
The angular interceptor serves as a bridge between the backend and frontend apps. When a request comes in, the interceptors handle it in the middle. They may also determine the answer by using Rxjs operators.

Interceptors do not call the handle function and handle requests at their own level. The interceptor is used to carry out a variety of functions and methods to complete certain tasks.

How to Build an HTTP Interceptor
You must first construct an angular interceptor before you can use it. So, here we will help you create a service that will implement the HTTP interceptor angular interface. Here are some code snippets and examples to help you design your own interceptor.

there are three step to setup a interceptor 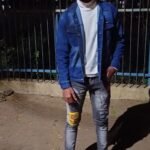 I am a creative and innovative problem solver who enjoys working collaboratively with designers and developers to create websites that are visually stunning, user-friendly, and highly functional. I am always looking for new challenges and opportunities to expand my skills and knowledge in web development.
Read More