In this article, I’m gonna explain, how to set up a development environment for Vue js. So let’s begin.

First of all, we need two things to be installed in our system before starting.

For Node, download the latest stable release of the Node from here. For a Text editor, I personally suggest VS code that you can download here.

Let me tell you that there are four ways to add Vue to your project.

I’m gonna describe Vue CLI, the 3rd way, to add Vue to your project. CLI stands for the command-line interface. Executing by 2 commands, You can have an entire Vue project up and running. So let’s start, Open the command prompt or command prompt terminal in VS Code and execute the below commands.

To Create a Project

Go to the folder where you want to create a Vue project and execute the below command.

To Run The Project

To run the project, execute the below command one by one.

Here, directly I’m creating a project because I have already installed Vue globally in my system. 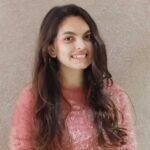