We will be seeing both ways for creating the Vue.JS application.

Using the Vue.JS using the CDN

Create a new HTML file and write the following code in it.

Now, one your browser and you will see Hello World! written in your HTML page.

Vue CLI is a full system used for the rapid development of applications using Vue.JS

The CLI is installed globally in your system and provides the Vue command in your terminal.

For installing the Vue CLI, open your terminal and execute this command in it.

You can rapidly prototype with just a single .vue file with the vue serve or vue build commands, but they require a global addon to be installed along with the Vue CLI.

Enter the following command in the terminal by navigating to the location where you want to setup the project.

You will be prompted to pick a preset. You can either choose the default preset which comes with a basic Babel + ESLint setup, or select “Manually select features” to pick the features you need. 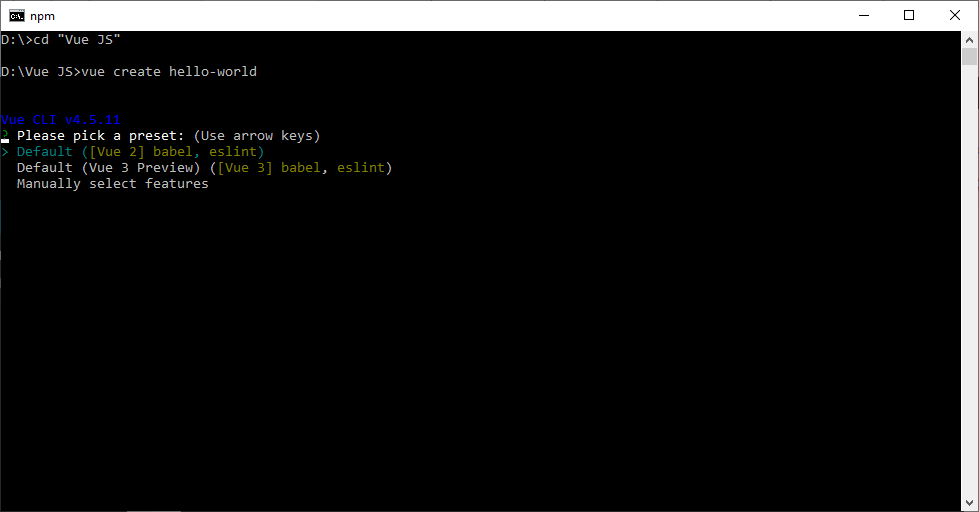 The default setup is great for quickly prototyping a new project, while the manual setup provides more options that are likely needed for more production-oriented projects.

Now, your project will be created automatically for you.

Now, navigate to the src folder of your Vue Hello World application in the terminal and fire any command listed below.

You will see the following screen when you run the project successfully. 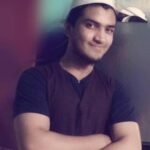